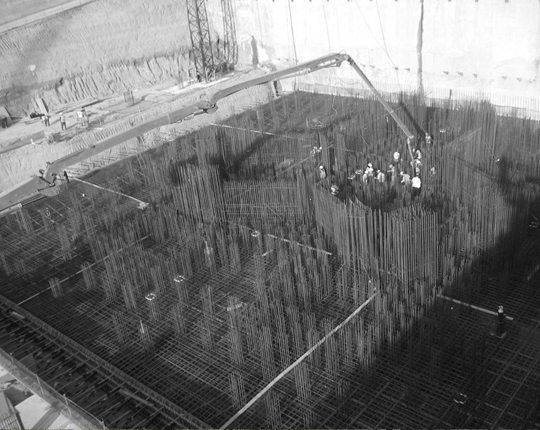 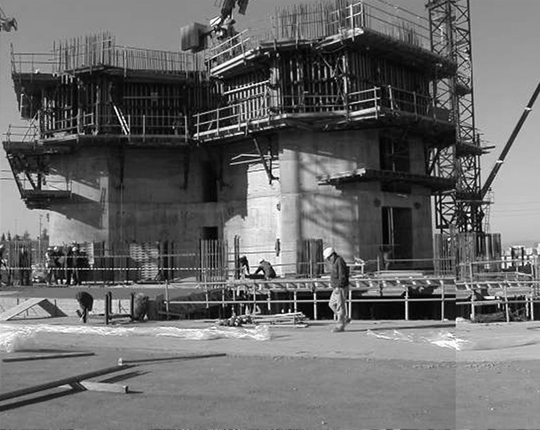 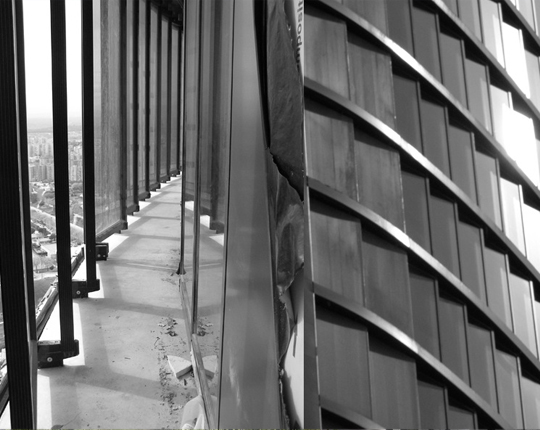 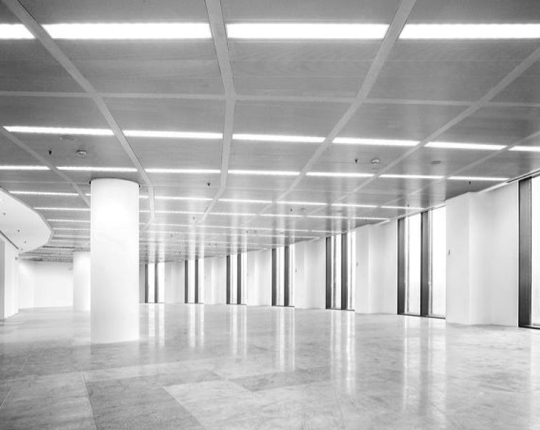 SyV Tower is part of a set of four towers located in the north of Madrid on the Paseo de la Castellana, a major boulevard in the city. With Madrid’s lack of tradition in high rise construction and the site of these towers being on the highest topographic area in the city, they create a dramatic new impression on the skyline. SyV Tower stands out among them with its clarity of volume. The building is fragmented by fissures into three pieces, which increase the volume’s sense of verticality. These fissures introduce light into the building’s interior creating the illusion of grouping single vertical pieces. The shape of the floor plan emerges from the study of both the minimum surface resistance against the wind, and the optimal relationship between usable area and façade length. The structural scheme consists of two concentric rings of pillars of variable cross section beginning with a circular cross section, changing to a rectangular cross section in the hotel levels as they integrate more easily into the enclosure, and then returning to a circular cross section again in the open floor plans of the offices. A Y-shaped central core of reinforced concrete houses the elevators and service shafts in the center.

The tower is wrapped entirely by a double-skin façade. It was considered fundamental, given the climate conditions of the city of Madrid, to protect the building from excessive solar radiation. In the same way of traditional Spanish architecture, the façade solves the problem by creating shade over the building. The floor plates extend beyond the inner glass wall to create overhangs, and the outer glass wall is open and permeable, arranged in slightly overlapping shingles. The variation of angles between these “glass shingles” generates small local distortions creating a light layer of turbulent air that helps wind slide through with minimal friction. (Source : www.skyscrapercenter.com) Images courtesy of ©R&AS