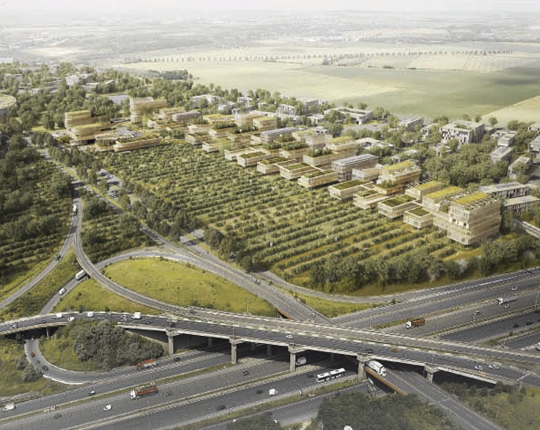 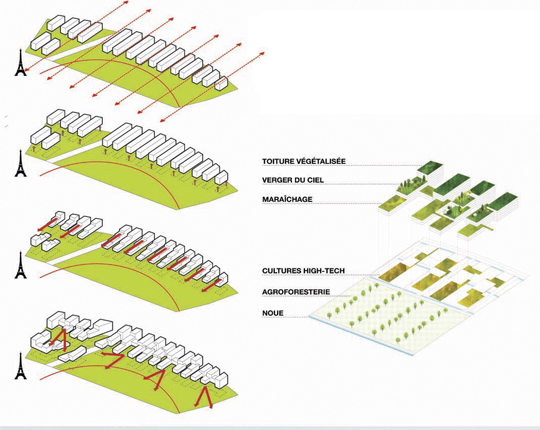 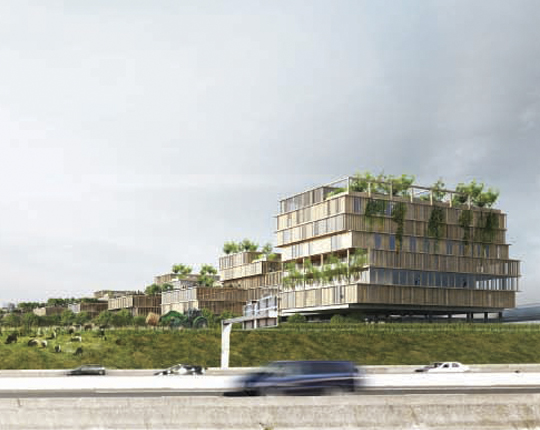 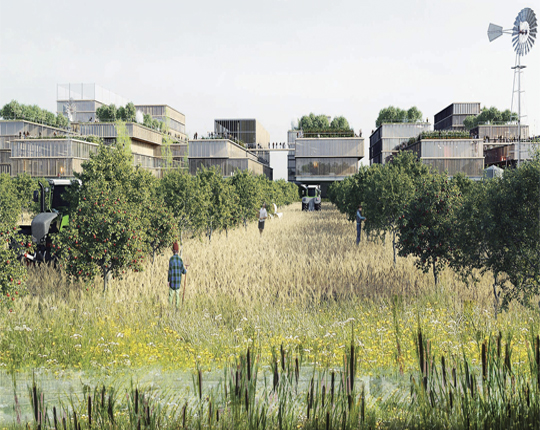 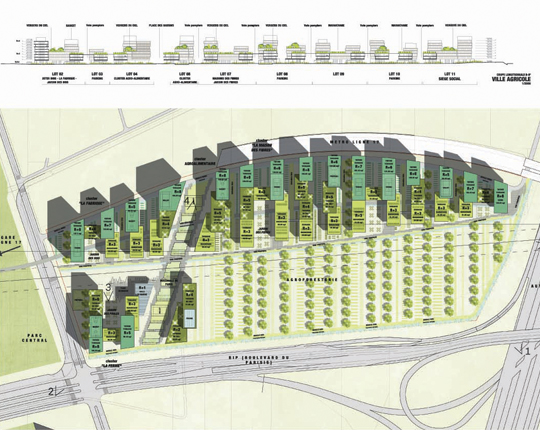 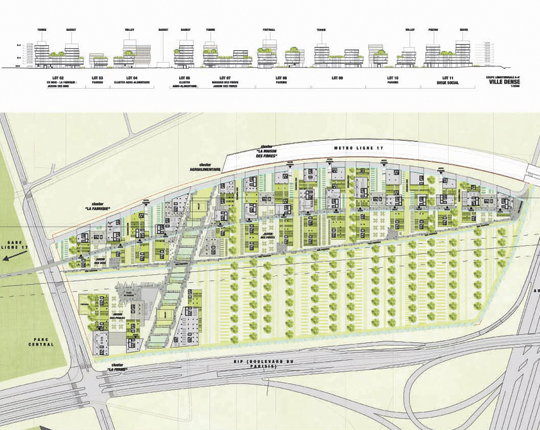 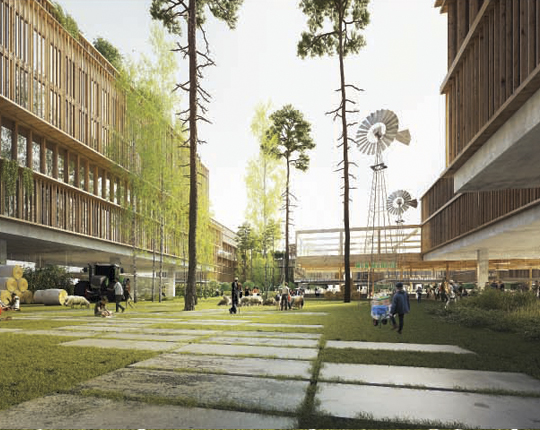 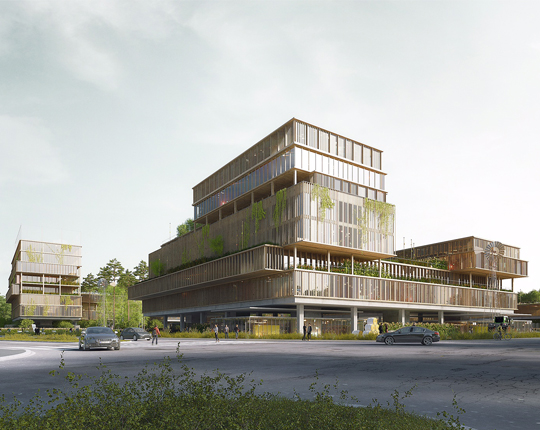 PARTNERS: Eiffage / EDF / X-TU / AREP The Gonesse plateau has always been a fertile countryside at the gates of Paris. But, today the urban and industrials projects and the linear infrastructures have separated the territory in urban islands and fractioned the agricultural lands. To recover its identity and preserve it as one of the most fertile land in the world, the project should have been developed around 4 main goals: To preserve of the agricultural aspect of the site by a soft and reversible urbanization; and to find back a viable business and social model for the agricultural and wood sectors. To assure an urban connection through an innovative mobility. To think of new uses for the business district planning. To rely on operational partners and future users that will help to find the investors. We had proposed “biosourced slow planning” with less roads, less sidewalks, less materials, less expenses, more vegetal, more humanity, more care for water, at the end more added value. The idea was to invent a new urban density model, another way to plan that preserve and enhance the soil. A way in which the agricultural dimension will bring a lively density complementary to the one of the tertiary districts. Therefore, the program would have been based around urban farming. The general programming of the site is devoted to the tertiary activities and part is dedicated to the hotel business. Thanks to the prefabricated wooden system and a refined spatial modulation, we can promote a reversibility of the typology of offices in hotels and vice versa without structural recovery. The width of the building, the frame of the structure and the positioning of the cores remain favorable for the installation of the office programs, the hotel and also the parking. In terms of fire safety, we found a common point by strategically positioning the cores to meet both the office constraints (40 m distance between emergency exits) and hotels (cul de sac to 10 at the end of the buildings). The technical paths are paired with stairs and lifts. The vertical fluids of the hotel rooms, water, air, strong current, weak current, joins this vertical channel by the false ceilings of the common parts. For the offices, the fluid networks penetrate in single point in the plates. Thus, when reversibility is put in place, the most constraining and costly elements, sheaths, elevator and staircase are not impacted. All forms of interior fittings remain conceivable thanks to spatial modulation on the free plane. The 3m grid allows the creation of hotel rooms, offices, meeting rooms and free trays. The height of floor is 330cm under slab. We have the possibility of not having a false ceiling allowing to offer the users of offices a pleasant volume and very bright. For circulations and enclosed spaces, such as hotel rooms, we favor heights under false ceilings of 2.5m.(Source JPV) Images courtesy of Jean Paul Viguier et Associés © .